Simply put, virtual reality represents an artificially created digital environment that immerses you completely in place of the real world. We are talking artificial sights and sounds – a fully immersive virtual world in which you are free to move about, virtually.

Truly, VR promises a level of immersion that no other existing reality technologies have been able to provide. Imagine yourself with your VR headset on. Your digital world goes with you as you walk about in the real world.

In other words, VR technology has found a key to trick the indomitable human brain into believing in a reality it is really not in! Confused yet? 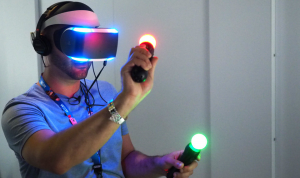 VR Applications in the Real World

You are already familiar with VR gaming applications. However, there are other industries as well who have adopted this technology.

Augmented reality technology basically overlays digital information onto real-world environments. These digital bits of information can be in any form – images, videos, or any other interactive data.

Augmented reality companies in Australia are cashing in on the growing popularity of the technology to help businesses promote growth. For example, retailers can now provide customers with the ability to check out clothes on their mobile phones using AR apps – a truly virtual trial room!

Primarily, there are two major ways in which augmented reality solutions in Australia are revolutionizing industries. 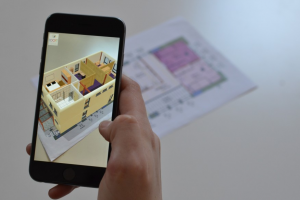 AR Applications in the Real World

The applications of augmented reality in Melbourne are already making a world of difference in the following businesses across industries.

The devices that let you experience mixed reality are of two types, mainly: 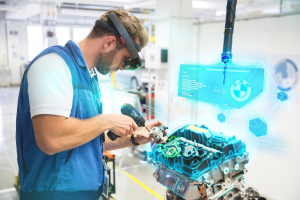 MR Applications in the Real World

The immense potential of mixed reality applications can be seen in the following examples of industries.

If you think either one of these, or a combination of more than one of these futuristic technologies is just what you need for your business, reach out to the nearest augmented reality service provider. The future is now!

Augmented reality isn’t only about flaunting gimmicky features in a marketing campaign or an...
Augmented Reality is becoming the strongest pillar of the architecture and construction industry....